The law Number 23 of 2004 on the elimination of violence in household outlaws violence occurred within domestic sphere or is committed by relatives such as husband. The law acknowledges violence within domestic sphere as a punishable crime. It covers physical, psychological, economic and sexual violence. The law is enacted due to concern on high occurrence of domestic violence and the absence of law specifically addresses the problem. Even though the law can be considered an improvement in gender discourse within Indonesia, there are still many flaws to be put forward, especially from gender perspective. On the other side, the law encounters controversy since some Muslims regard it a violation to Islamic values. This paper analyzes the law from two perspectives; gender and Islam. From gender perspective, this law is a gender-aware policy and therefore can be regarded as a positive development in struggles over womenâ€™s rights. Moreover, this law also acknowledges that denying womenâ€™s access from economic sources including the right to work outside the house is also violence in term of economic limitatiton. On the other hand, the law is not a gender redistributive policy since it does not deconstruct division of roles between husband and wife. From Islamic perspective, the law actually is actually in accordance to principles and values in Islam. Islam prohibits violence and ensures protection on womenâ€™s rights in all aspects; physical, physcological, sexual and economic. To sum up, in spite of certain shortcomings, the law is actually a remarkable achievement in struggles over the improvement of women condition. In addition, with a good understanding on more just interpretation on some related religious texts, Islam actually promotes a peaceful and just relation in a household in particular and between man and women in general. 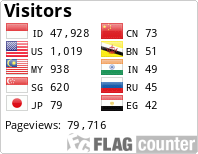